Everyone dreams of becoming successful and envision themselves as an established professional in their fields. However, people lack the motivation to indulge themselves in hard work and go through the hustle. People in their late teens and early 20s likely need someone to push them to take the next step. The following section of this article has a curated list of Inspirational Movies in Hindi that will give them the much-needed push to take their first steps. Bollywood is not always about entertainment and borderline cringy masala movies. There are also some truly inspirational movies that Bollywood has gifted to its audience. Continue to read this article till the very and to find the motivation as one takes their first steps towards becoming successful.

Bhaag Milkha Bhaag is a biographical sports drama of one of the greatest athletes of India Milkha Singh. Singh had his roots in a small village and was once considered to become a dacoit. However, on his brother’s assertion, he enrolled himself in the Indian army. The army soon recognized Milkha as a promising athlete and pushed him present India in the Olympics. Over the years he was won several accolades for his country. The movie features Farhan Akhtar and his acting skills further enhance the way Rakesh Omprakash Mehra put the story on screen. The pumping soundtrack is another major attraction of the film. It makes for a perfect motivational movie to give the audience the much-needed push.

This movie is undoubtedly one of the most prominent life-changing movies of Bollywood. Whenever life throws a difficult situation give it a watch and one will surely have the necessary motivation to fight back. This movie will always help in reinstating one’s belief in them. After the Indian girl’s team is blocked by the Indian Hockey Association time they had no chances of qualifying. Spurned ex-captain of the hockey team takes a chance, starts coaching them, and eventually leads them to victory. If a team of girls with no future can achieve victory then everyone can.

Swadesh is a motivational Bollywood movie directed by Ashutosh Gowariker. The movie seamlessly touches on topics like cast discrimination and social irregularities. Shah Rukh Khan plays the role of a scientist deployed by NASA who returns to India searching for his nanny. Returning to his village he is shocked by the worsening situation and eventually takes matters into his own hands. He also helps villagers to solve their dilemma of electricity. Swadesh is one of the most promising motivational movies of Bollywood. It inspires the viewers and makes them feel proud of their country.

The movie Taare Zameen Par is a beautiful story about an 8-year-old boy who has always been overlooked and be literally for his inability. Ishan is forced by his parents to join a hostel that he dislikes immensely. He eventually withdraws and refuses to speak to anyone. Even stops painting favorite activity. Luckily Ishan’s new art teacher notices his discomfort and directs him to the right way. The little boy soon starts flourishing and starts acting like him. With attention and support, even the impossible becomes doable. This adorable motivational movie is sure to inspire audiences even today.

The movie portrays the journey of a polite and humble woman played by Sridevi. The lead character of the film is an entrepreneur and a homemaker. Her children and husband take her for granted and always crack jokes at her. Her inability to speak fluent English makes her feel timid. Shashi then travels to her niece’s wedding with her family members. She starts rediscovering herself as lands in the crowded city of Manhattan. English Vinglish instills one’s belief in them and reminds them that it is never too late to start. It is an inspirational Bollywood movie that inspires people to take steps even after failure.

3 idiots featuring actors like Aamir Khan, R Madhavan, Sharman Joshi, Boman Irani, and Kareena Kapoor is not just a comedy film. It is an excellent motivational film that portrays the life of 3-year engineering students Raju, Rancho, and Farhan. All three of them were studying at a premier engineering institute in Delhi. The plot of the movie portrays the enormous pressure that students go through in proving their worth. It also shows the love for study and not the love for marks. The emotional and light-hearted movie will surely take the viewers down memory lane while giving them entertainment and motivation.

Inspirational Bollywood Movies are an excellent way to get inspired it gives the audience a chance to be the out looker looking into the life of fictional or non-fictional characters. The character will likely have stories that resonate with the viewers. A good inspirational movie can leave the audience feeling uplifted by the success of the character they just witness coming from zero to hero. It can leave them thinking deeply about the sad life of women who refused to give up even though all forces in their life against them. Inspiring Movies to Watch can emotionally touch the minds of the audience. 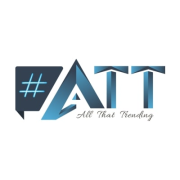 Why should you know more about legal streaming platforms?

Mkvmad | The Best Time Killer Serials Are the Most Viable

The Most Effective Method for Getting Rid of Spotify Ad blocker