What is a Poppet Valve?

A poppet valve is use in hydraulic and pneumatic systems. They are commonly controlled through solenoids and can both close or open in their de-energized states. Additionally, they are used as check valves to ensure one-way flow and as relief, valves to protect against overpressure. Pneumatic/hydraulic systems use them primarily alongside spool valves. Spool valves and poppet valves each have their advantages and disadvantages in fluid circuits, as discussed below.

In a poppet valve, a rounded tip or ball (poppet) seals a passageway by pressing it against a seat, usually using a combination of fluid pressure and spring force. The valve is shown in its normally closed state. The valve is operated manually, mechanically (as with a limit switch), electrically (via solenoid), or pneumatically (with pilot air), by pushing a stem that lifts the poppet off its seat, allowing fluid to flow. A common design is a three-way, two-position valve that allows fluid to flow into a cylinder, for example, when the valve is opened and ejects fluid through an exhaust When the valve is closed, water flows into a port or reservoir.

Instead of a cylindrical element, a spool valve uses an O-ring-equipped cylinder that moves linearly within a bored valve body. As the spool shifts, the O-rings alternately open and close the valve ports, allowing fluid to flow between them. A spool valve is describe as being balance, which means that the spool remains in a position until an external force acts upon it (a manual operator, a solenoid, etc.). Balanced poppet valves are available as well.

Poppet valves, however, have several advantages over spool valves. Higher flow rates from smaller packages, closed crossovers, faster response times, longer lives due to lower friction, less susceptibility to contamination damage, and lower costs are some of the advantages.

A crossover occurs when one port opens before another has closed completely. When precise control is require, the poppet valve is the best option. Compared to spool valves, poppet valves respond faster due to shorter movements and greater flow area when they are open, but their response is not as consistent as that of spool valves where pressure fluctuates.

Since poppet valves depend on system pressure to close. They should not be use when downstream holding functions are require or in vacuum applications.

Poppet valves used as check valves may or may not incorporate springs, depending on their design. Generally, poppet-style relief valves are spring-loaded and pilot actuated.

With single-acting cylinders, poppet valves are commonly use for load holding and load lowering. They are also use as unloading valves in positive displacement pumps. Relief valves in air tanks are also use as unloading valves. As a convenient device for preventing flow reversal in fluid circuits or for preventing contamination of different media in mixing systems, poppet valves can use.

Poppet check valves can reverse flow in some cases. It is often use on hydraulic lifts where the check valve must permit fluid flow into the cylinder and hold the piston in place. In order to lower the load, the fluid must reverse its path through the valve. External pilot pressure is use to lift the poppet off its seat and allow fluid to return to the valve through its outlet.

The fact that poppet valves do not require lubrication can be beneficial when selecting valves. Whose chemical compatibility with various fluids is a concern. They are also useful for systems that deliver medical gases – or for any system requiring clean, dry air. Lubrication is less of a concern in hydraulic systems since the hydraulic fluid is a lubricant, making spool valves practical. Poppet valves tend to self-clean since the large relative valve opening causes a large flow through it. Wich sweeps away any contaminates from dirty air.

I would like to speculate on the origin of the term “poppet”: it is not as if these valves make a popping sound when they operate, although for some air relief valves that may be the case. More likely the word derived from an obsolete term for a marionette (and somehow related to “puppet”) and if one thinks of engine poppet valves dancing on and off their seats, controlled from above, it makes for a plausible etymology.

Airmax pneumatics ltd is a prominent manufacturer and exporter of the poppet solenoid valve in India. We have a wide range of solenoid valves. 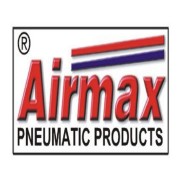 Tips To Deal With Financial Stress While In A Financial Crisis

How Digital Marketing Will Change Shortly?

Why Does Your Restaurant Need A Mobile App?