Medical coding is an important part of the healthcare revenue cycle because it facilitates communication between providers and insurers. It encourages payers to make reimbursements, making accurate Coding necessary.

What Is Medical Coding?

As medical coding professionals know the quality of medical coding plays a big role in getting reimbursements from insurance companies. Medical coding is also essential for maintaining patient records and is a key enabler for population health analytics.

“Medical coding is the process of converting medical diagnoses, procedures, medical services, and equipment into universal alphanumeric codes.” The diagnoses and procedure codes are derived from medical record documentation, such as physician’s notes transcriptions, laboratory and radiologic results, and so on.” Medical coding accuracy is critical for billing and tracking disease and treatment statistics. Let’s talk with experts who know the medical coding services properly in the market, by that you can save more time, which can increase your medical practice efficiencies.

The following types of codes are used in medical coding.

The ICD is a classification system developed by the World Health Organization (WHO) and ten international centers to group medical terms reported on death certificates by physicians, medical examiners, and coroners for statistical purposes. The National Center for Health Statistics, which is part of the Centers for Medicare and Medicaid Services in the United States, coordinates any changes to the ICD codes with the WHO.

CPT codes are all five digits long and can be numeric or alphanumeric depending on the category.

Another coding system used in the United States is the HCPCS (Healthcare Common Procedure Coding System) levels I and II. Medicare and Medicaid patients are billed using HCPCS codes. The Healthcare Common Procedure Coding System (HCPCS) is a set of codes that represent procedures, supplies, products, and services that are available to Medicare beneficiaries and people with private health insurance.

Code modifiers allow you to expand on a procedure code’s definition without changing it. HCPCS codes are frequently used as modifiers. These two-digit alphanumeric codes provide additional information about the medical procedure that was performed.

DRG Codes (Diagnosis Related Group) is a system for categorizing hospital cases into one of about 500 groups, also known as DRGs that are expected to use similar hospital resources. Because most insurance companies reimburse based on the DRG used, the accuracy of all components is critical to receiving accurate reimbursements.

Up-coding: Up-coding is a serious offense, so precise and compliant coding is required.

Down-coding: Down-coding, on the other hand, occurs when the code assigned is of lower complexity or cost than what is documented. Down-coding is frequently done unintentionally, and both the clinician and the coders must be educated on the practice’s potential losses as a result of down-coding.

Management of Population Health. Diagnosis codes are used to look at disease patterns in different populations and to track national health trends. It allows the federal and state governments to budget for the resources needed to combat common health problems, as well as to launch initiatives to prevent and treat the affected population. 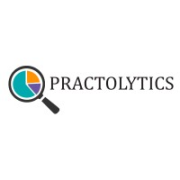 How to Properly Clean Your Carpets